Wall Street's Strategists About As Good As Monkeys Throwing Darts 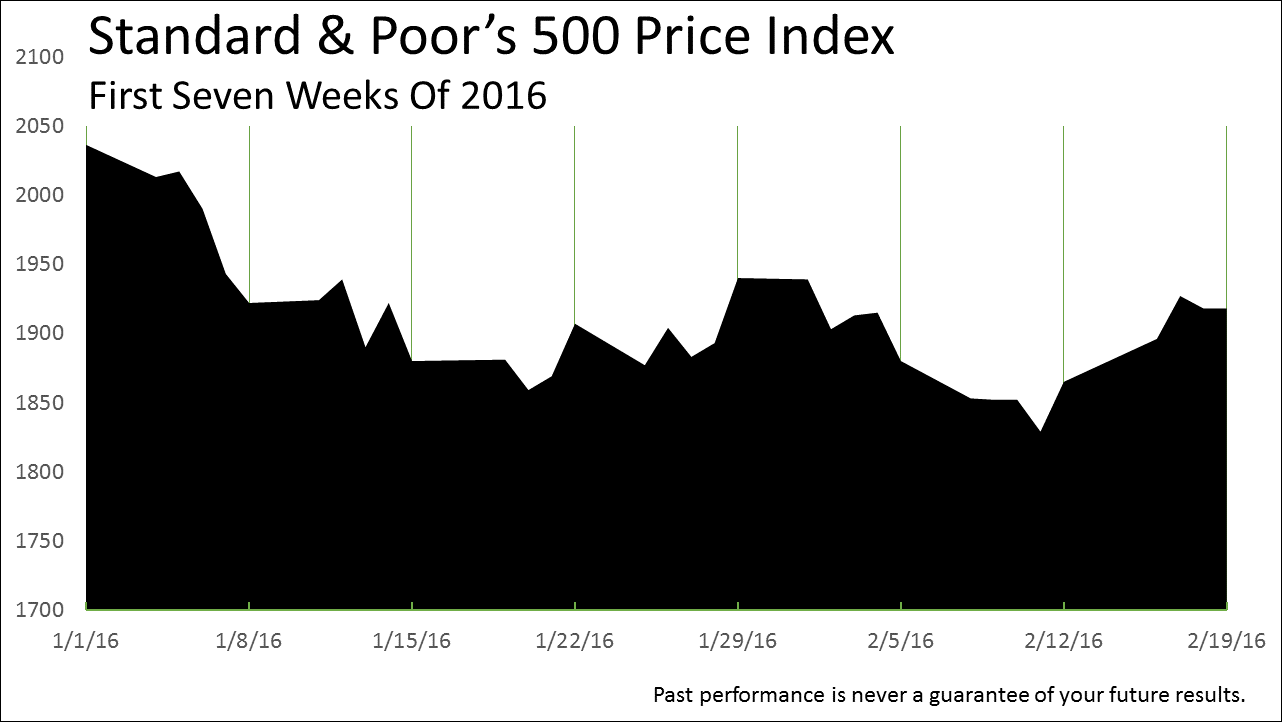 Last week's surge in stock prices could continue, or it may not. Predicting the next turn in the market is not what we do. It is what Wall Street's largest firms say they do, but they don't seem to be doing it very well. 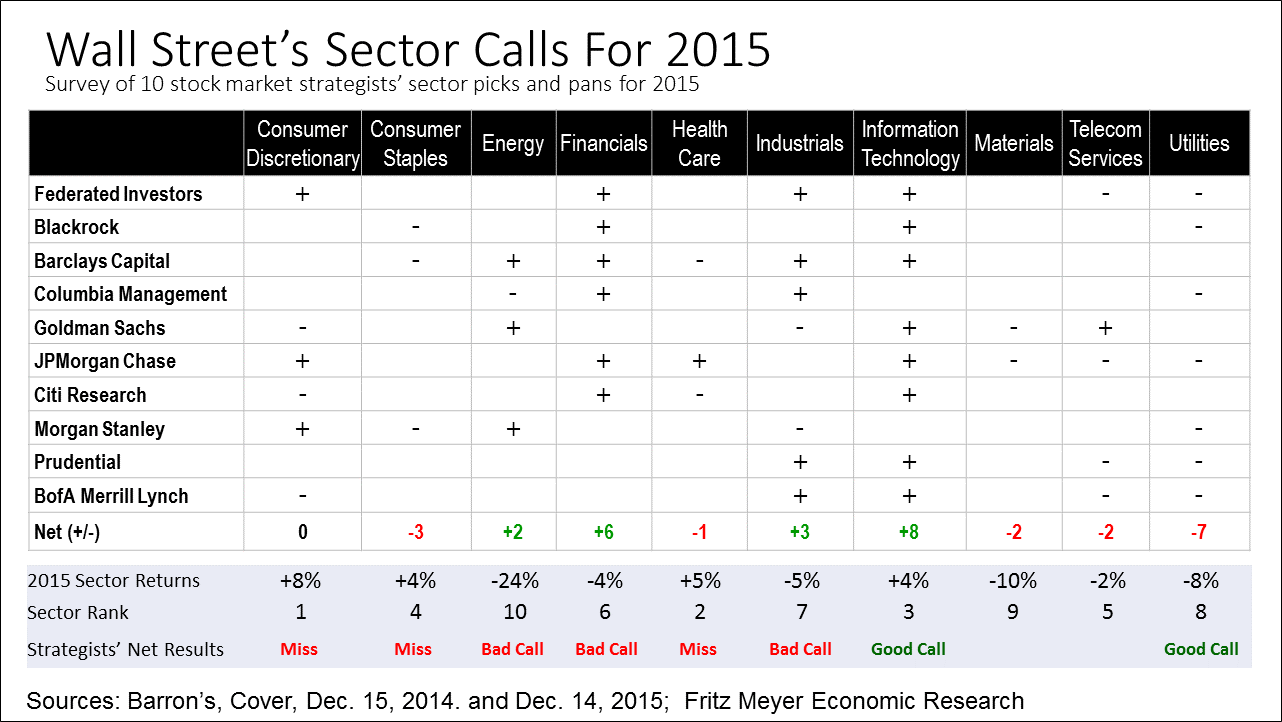 This table is from Fritz Meyer, an independent economist whose research we license. The table shows just how wrong Wall Street's top strategists were in their predictions about which sectors would outperform in 2015.

Meyer had a successful career on Wall Street as a portfolio manager and senior strategist for one of the world's largest investment companies before launching an independent economic research firm in 2009. Every year since 2007, Meyer has tracked the sector predictions of what Barron's says are Wall Street's "top strategists," and every year the strategists' picks prove to be wrong.

Meyer says the 10 forecasts made by Wall Street's top strategists in a Barron's cover story in December 2014 were not even close to picking the best and worst sectors. To be fair, the Wall Street strategists in 2015 did make two correct calls on the 10 industry sectors comprising the Standard & Poor's 500 index. They were right about tech and utilities. However, the Barron's panelists missed three calls and were totally wrong on three more.


More of the 10 strategists had been neutral or negative on the two best-performing sectors, consumer discretionary and consumer staples. These two sectors topped the list of 10 S&P industry groups.


If the top Wall Strategists' picks seem to not be highly correlated with actual returns, it is because that is the reality. 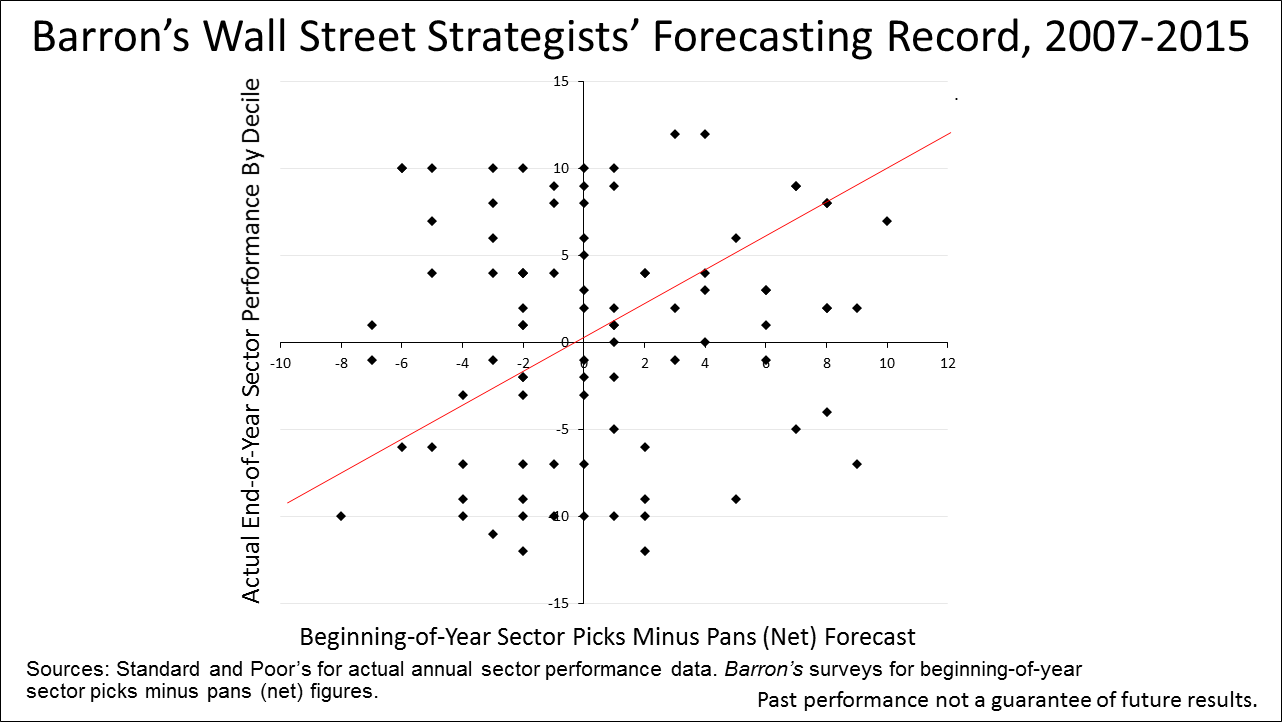 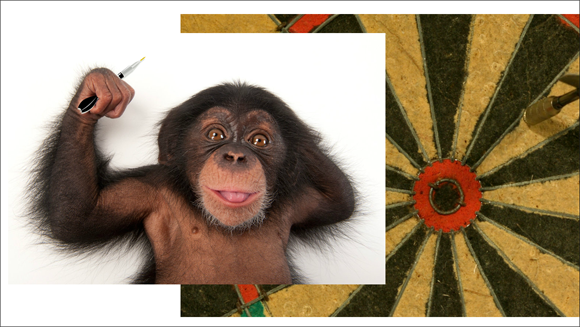 The picks by Wall Street's so-called top strategists are about as reliable a methodology as monkeys throwing darts.
This article was written by a professional financial journalist for Derand Capital Management Group and is not intended as legal or investment advice.