105 Years Ago In Investing: Conditions Were Much The Same As Today 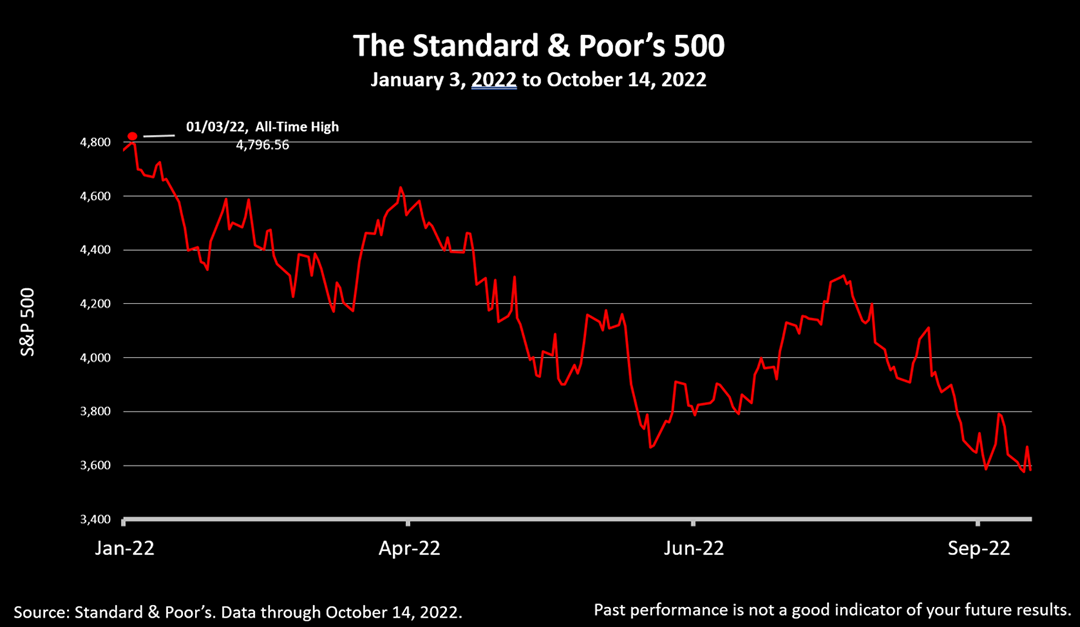 The post Covid-19 era has triggered an annual inflation rate of +8.2%. High inflation has forced the Federal Reserve to hike interest rates sharply in recent months to slow economic activity.  Since closing at an all-time high on January 3, the Standard & Poor’s 500 stock index has plunged in value by -25.3%. Amid the decline in stocks, as the economy hurtles toward recession, here’s important historical perspective. 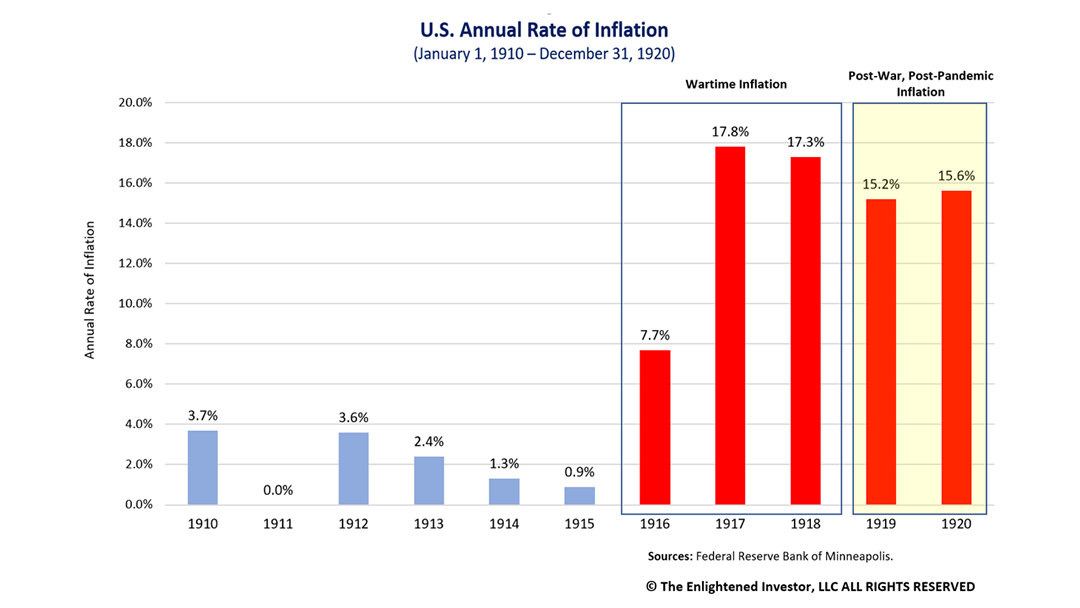 Economic problems today are very similar to the situation investors faced 105 years ago.

During World War I, the United States economy flourished. Initially, the U.S. was a neutral party in WWI and exported goods to both sides, sparking growth that ignited a 7.7% 12-month inflation rate in 1916, and a blazing surge to 17.8% in 1917. In 1918, Spanish Influenza extended the inflation problem into 1919 and 1920.

But the nation got through it. One big difference between then and now, however, is that the Federal Reserve learned from mistakes made after WWI and the Great Inflation of 1965 to 1982. Point is, the U.S. has gotten through inflation problems worse than the post-Covid inflation underway now. 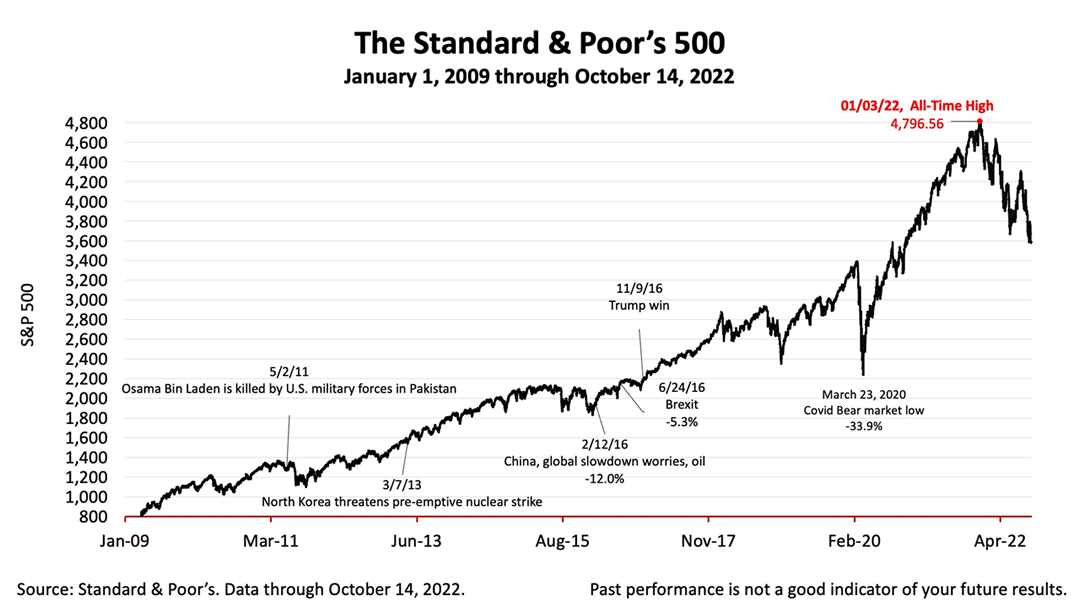 The Standard & Poor's 500 (S&P 500) is an unmanaged group of securities considered to be representative of the stock market in general. It is a market-value weighted index with each stock's weight proportionate to its market value. Index returns do not include fees or expenses. Investing involves risk, including the loss of principal, and past performance is no guarantee of future results. The investment return and principal value of an investment will fluctuate so that an investor's shares, when redeemed, may be worth more or less than their original cost. Current performance may be lower or higher than the performance quoted.   ​​​​​​​​

The Inflation Imperative Makes A Recession Likely,...
A Timely Reminder Of Why You Take Stock Risk