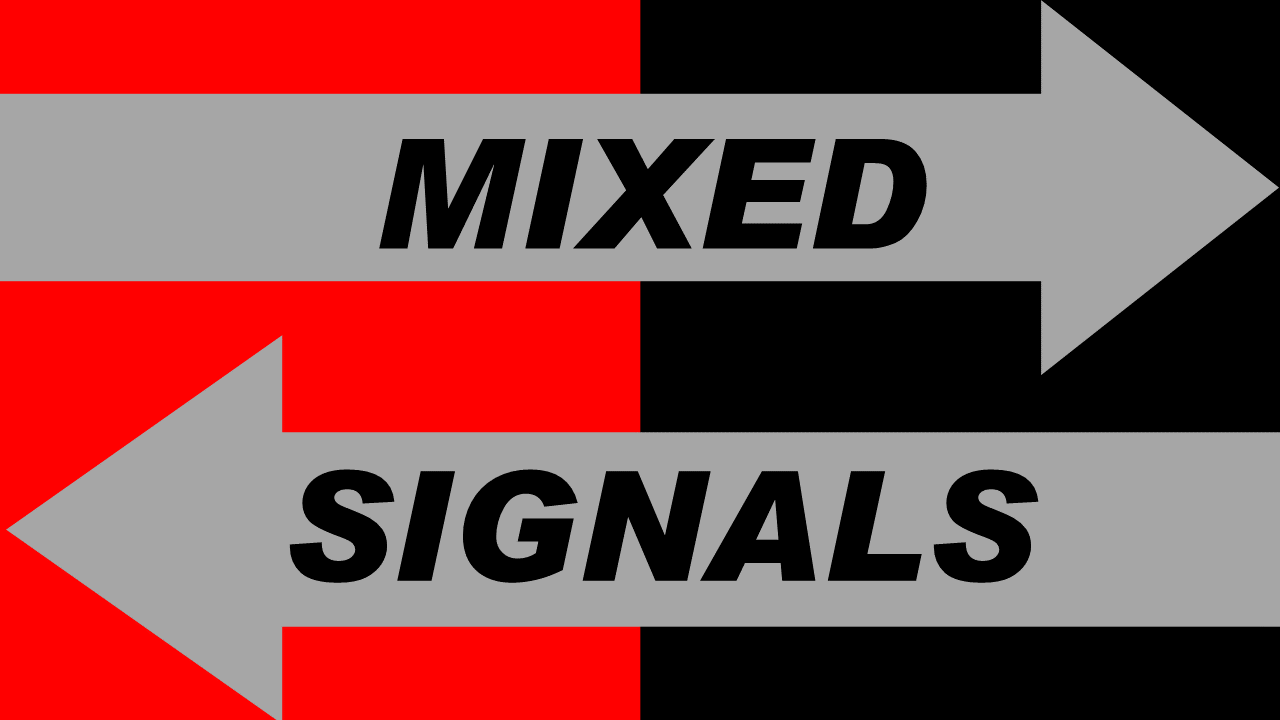 The bear market entered its sixth month and conflicting signals of strength and weakness in the economy stood out this past week. 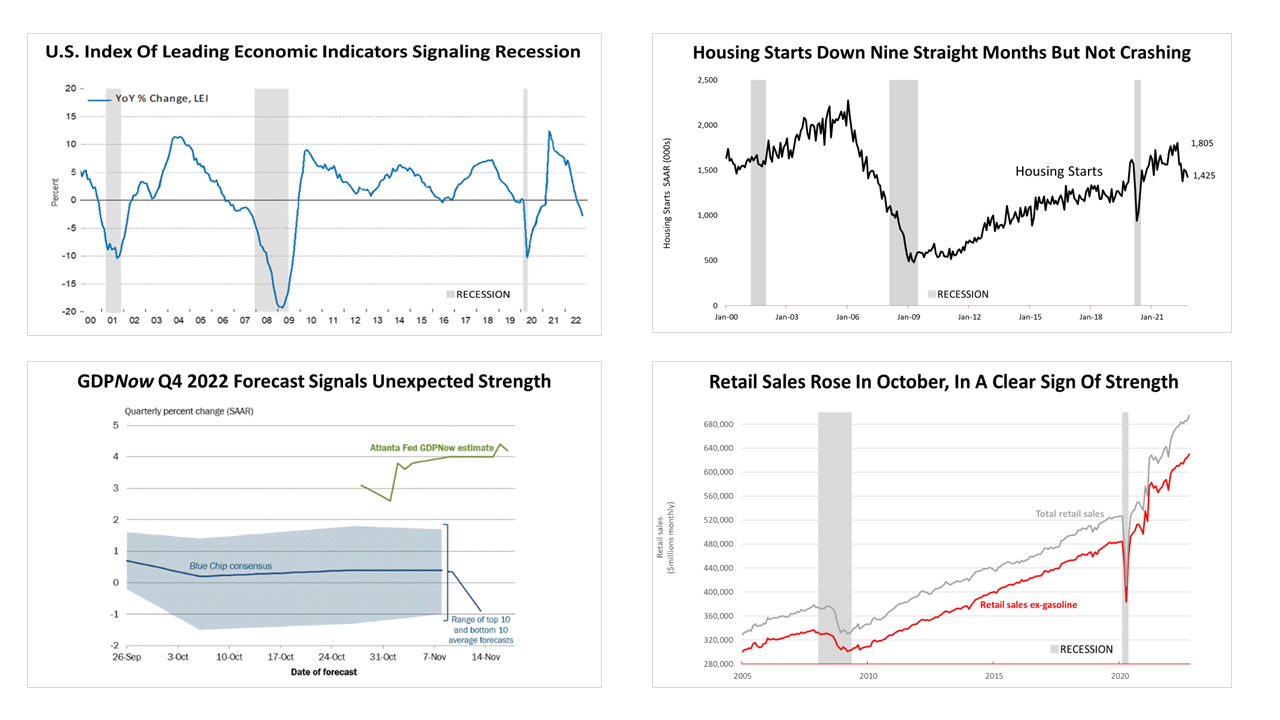 However, retail sales, excluding gasoline because its price is so volatile it distorts the picture, shot up +7.9% in the 12 months through the end of October. In October alone, retail sales surged 1.3%, a clear sign of strength. Additional strength was signaled in Thursday’s GDPNow estimate for real GDP growth in the fourth quarter of 2022 of +4.2% -- much higher than the consensus of leading economists.

The +4.2% seasonally adjusted annual growth rate estimate is a running estimate of what’s happening now in the economy based on an algorithm devised by the Federal Reserve Bank of Atlanta. The model is designed to grow more accurate as more data is released each quarter and its estimates have been wildly inaccurate many times in recent years. However, in recent months, the GDPNow growth forecast has been more accurate than the forecasts from leading economists. 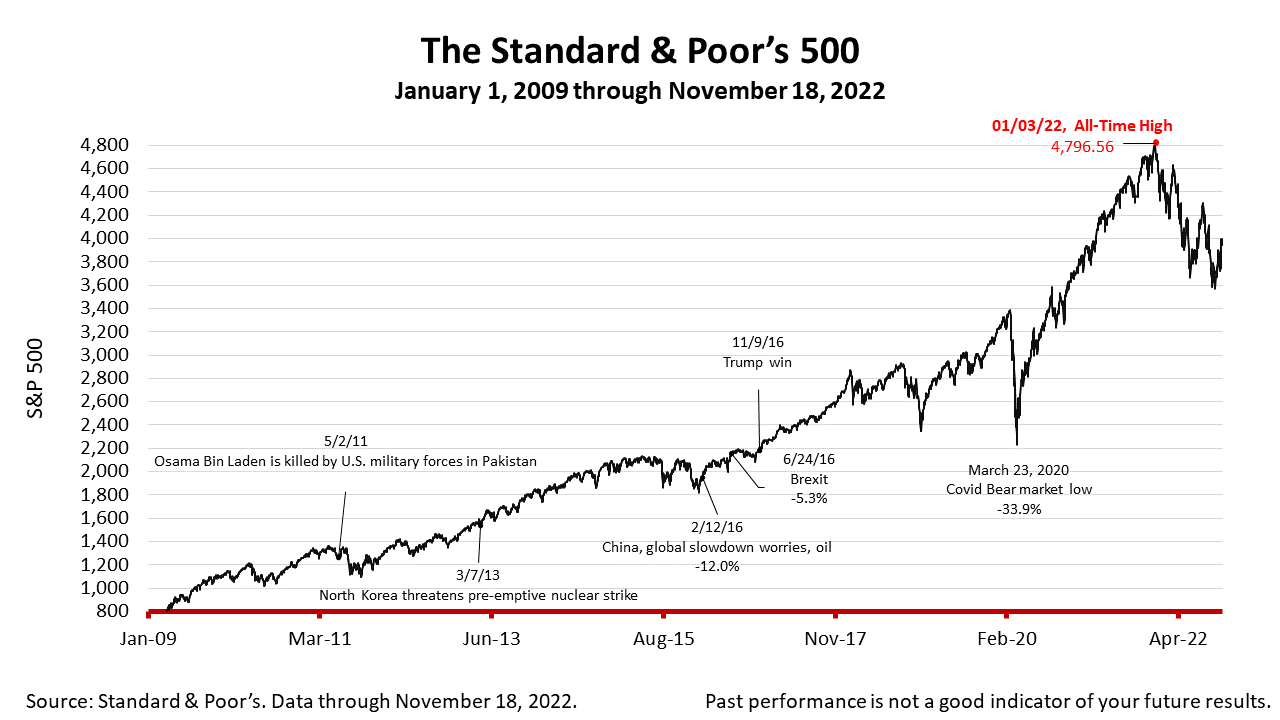